On October 8th, 9th and 10th 2018, Inter Media Japan led a lead generation mission in the Kansai region for the Embassy of Benin to Japan.

The successful three-day mission included the Ambassador, H.E. Makarimi Adechoubou, joined by the Counselor Ms. Yabavi Allagbe as well as Mr. Mahutin Kakpodjo,official Translator, the co-Founder of Queserser Keiichi Sano and the Founder of InterMedia Japan, Pia von Waldau. The program objectives were based on the Embassy’s mission to deepen the relations with Japan in three main sectors: Agriculture, Health and the Digital Economy.

The first day of this unique visit started with the introduction of Mr. Kiyoshi Mori, Director General of the Kansai Bureau of Economy Trade and Industry at Queserser’s headquarters in Osaka followed by a meeting with the Governor of Osaka, Mr. Ichiro Matsui at his offices. As part of Benin’s plan to become a tech hub and digital leader in the Western African region, InterMedia Japan organized a visit to the Osaka innovation center; a center that prides itself for developing new ideas on the road to a more sustainable world. Benin has been a strong advocate for using technologies and innovations as a way to create sustainability and growth. The day ended in Nara after paying a visit to the governor of Nara, Mr.Shogo Arai. Known as being a true humanist, Mr. Arai was impressed by the beauty and kindness of the people of Benin.

Beninis well known for having tremendous potential in Agriculture, but due to a lack of technology and knowledge, the country is not able to fully support the need of its citizens. On the 10th of October, Ambassador Adechoubou and its delegation had the opportunity to witness top edge technology in the agriculture field at the University of Agriculture of Nara prefecture.

With this visit, the delegation was able to see how Japanese technology would be an essential component to develop the enormous agricultural potential of Benin. One of the aims of the government is to produce sufficient food for their people and supply their neighbour countries, one of them being Nigeria, which alone represents a market of nearly 200 million people.

Opportunities in the field of agriculture were also at the center of discussion. The successful businessman, Mr. Yoshida Hiroshi of Yamato Noen,who is also the Head of the Economic Association of the Kansai Region is mostly known for its production of high-quality seeds and for supplying them to the whole Asian Region.Mr. Yoshida is now planning to visit Benin in December 2018.

Furthermore, providing quality health services to its people is a top priority for the Government of Benin. We were welcomed at the Nara Medical University by Mr. Hiroshi Hosoi, who is the President and Chairman of the Board at the University. The 70 years old University has always put great emphasis on innovation and now is dedicated to developing the best clinical English program in the country. The Medical Base town initiative started by President Hosoi was a strong interest point to the delegation.

Our day ended on a spiritual note with the Shingon-shu, Buzan ha chief abbot, Mr. Tashiro, at his temple, Hasedera. Benin being the first birthplace of the Voodoo religion, Mr. Tashiro and Ambassador, H.E. Mr. Makarimi Adechoubou discussed the importance of spiritual beings and how to contribute to a more peaceful and equal world.

This mission allowed the Embassy of Benin to Japan to better understand the potential of the Kansai Region and the importance of small and medium companies outside of Tokyo. Likewise,each one of the political or business leaders introduced by InterMedia Japan to the Beninese delegation were left with a positive impression and a growing eagerness to learn and collaborate with the current Beninese government.

To further develop the new relations between Benin and the actors of the Kansai Region, several business seminars and cultural events will be held throughout the year 2019. 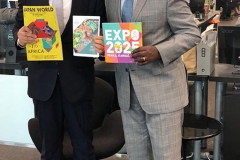 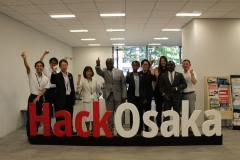 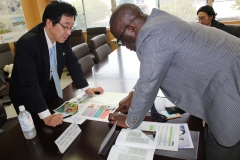 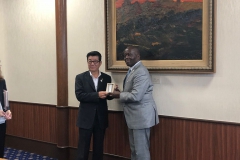 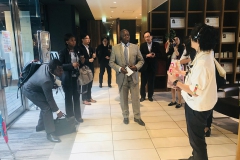 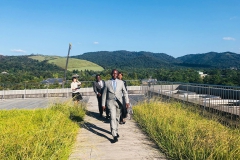 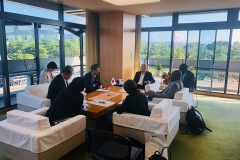 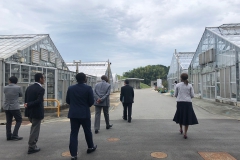 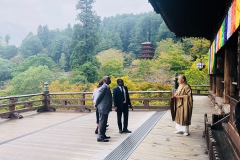 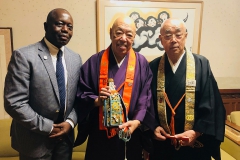